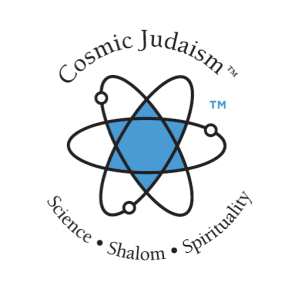 The great physicist Niels Bohr, used to start his lectures by telling his students, “Consider everything I say as a question, not a statement.”   Scientific skepticism accounts for its great success as a truth finder, and the blind acceptance of myth, causes fundamentalist religion to be “mythguided”, “mythinformed” “mythled” and often “mythogynistic” towards women.

Most religions discourage questions about God and demand faith, i.e. belief in the absence of evidence, which is notoriously prone to error.  This is like a politician saying “Trust me” and should be rejected by any thinking person.

Most religious authorities fear questions as witches fear the rising of the sun, because their concept of God does not hold up to rational inquiry, and they seek brainwashing and indoctrination, not truth. They respond to those who challenge dogma with evasion, anger, and even murder.   Many people erroneously believe that all religions are the same, which is as false as equating all governments from fascism to democracy, and reflects lazy thinking, prejudice, or lack of knowledge.

Beginning with Abraham, Jews have always asked questions, and modern Jews even question the Biblical account of Abraham, but for the sake of argument, let’s take the story of his life at face value.

According to the Torah, when God told Abraham that he would destroy Sodom and Gomorrah, Abraham challenged God’s decree asking “How could the master of justice not act justly?”  He then negotiated with God, who agreed to spare the cities if Abraham could find 10 pious men, which is the origin of the minyan, a minimum of 10 good men necessary to save a community.

When Abraham failed to meet the quota, these depraved cities were destroyed, but God rewarded Abraham’s chutzpah in challenging God by making him the first Jew, and giving him the “privilege” of circumcising himself and his sons.

Abraham was an iconoclast, i.e., “one who smashes idols”, and our people has been a smashing success ever since due to our refusal to capitulate to any authority, placing reason and justice even above God.  This is in sharp contrast to Christian Scripture which claims that all earthly authority, including Hitler, Stalin, Mao, and other deranged madmen, were appointed by God and therefore must be obeyed.  A more odious philosophy, which was used by God-fearing Americans to justify slavery, genocide against Native Americans, oppression of women and the rejection of science, is hard to imagine.

The name “Yisroel” (Israel), means “one who struggles with God” and reflects the Jews’ evolving understanding of the Creative power that pervades the universe.  Thus, one who struggles with and/or rejects the traditional, or any view of God, is more Jewish than one who blindly accepts what he is told.

In Judaism, God first demanded human sacrifice, then renounced this odious practice when Isaac was spared from his father’s blade.  The Hebrew word “Melech” or “king”, referring to God, is similar to Moloch, the Canaanite God who demanded human sacrifice.  The prophets taught that God was literally “fed up” with sacrifices and simply required us to do justly, love mercy and walk humbly with God.  With the Babylonian exile, God was transformed from a local Jewish deity to a universal God, who used the Babylonians to punish the apostate Jews.

Einstein traced this evolving belief in God through three phases: 1) a scary God who requires sacrifice to appease his wrath and ward off disasters like flood, drought, famine and disease; 2) a father figure who rewards good behavior and punishes the bad, and 3) a “cosmic religious feeling” he described as follows:

“The most beautiful thing we can experience is the mysterious. It is the source of all true art and science. He to whom the emotion is a stranger, who can no longer pause to wonder and stand wrapped in awe, is as good as dead —his eyes are closed. The insight into the mystery of life, coupled though it be with fear, has also given rise to religion. To know what is impenetrable to us really exists, manifesting itself as the highest wisdom and the most radiant beauty, which our dull faculties can comprehend only in their most primitive forms—this knowledge, this feeling is at the center of true religiousness.”

Einstein referred to this sense of awe and wonder as Cosmic Religion but did not develop the concept.  The time has come for Jews, whose mission is to serve as a light unto the nations, to follow in the footsteps of Einstein by developing a new phase of religion that we might call “Cosmic Judaism”.  Its motto could be Einstein’s observation that “science without religion is lame and religion without science is blind.” Carl Sagan believed that religion could be transformed by inspiration, reverence and awe that would dwarf Bronze Age Biblical notions, by tapping into the astonishing revelations of science. Rabbi Abraham Joshua Heschel, revered by Jews of all denominations and a friend and ally of Dr. Martin Luther King agreed, and referred to this feeling as “radical amazement.”

The creed of this new outlook could be “There is no God but nature, and Albert Einstein, Carl Sagan and Rabbi Heschel are its prophets.”    This approach could lead our people to not only be wandering Jews but wondering Jews, who filled with awe and wonder, could begin a wonderful new phase of religious evolution, infused with awe, science and radical amazement, replacing walls of religious ignorance, conflict and hate with bridges of reason, understanding and love.

The foregoing is an introduction to Rabbi Barry Silver’s forthcoming book “Cosmic Judaism:  Science and Judaism as candles in the dark”.