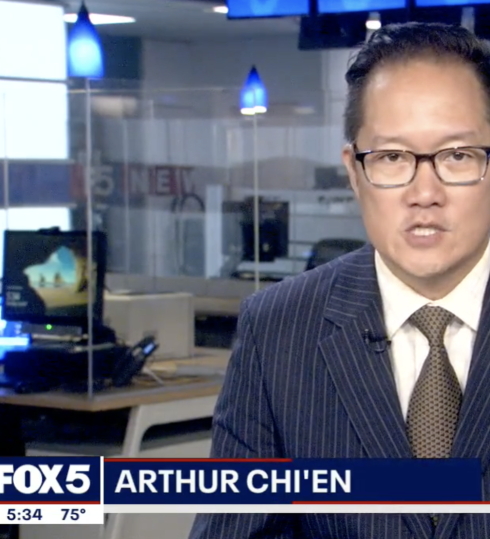 NEW YORK - While the U.S. Supreme Court's decision to overturn Roe v. Wade sparked widespread protests in New York, around the country, and even abroad, Rabbi Barry Silver, a lawyer and the spiritual leader of Congregation L'Dor Ava-Dor in Florida, started preparing a lawsuit to challenge the resulting Florida anti-abortion law. At the heart of his claim is that certain Supreme Court justices are using religion to dictate how all Americans should live their lives.

"A lot of people are getting kind of tired of some self-righteous, arrogant people thinking they can dictate morality to everybody else," the rabbi told FOX 5 News. "It is outrageous. It is wrong. And there's a legal term for it -- it's called 'chutzpah.'"

RAbbi Silver on NPR's National Program "The 1a" July 14 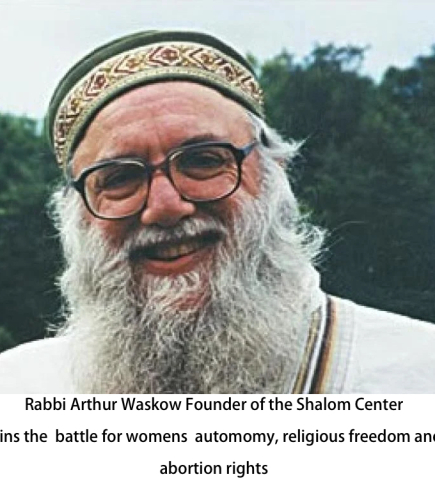 Rabbi Arthur Waskow, founder and leader of The Shalom Center, has joined the battle for women’s autonomy, religious freedom and abortion rights.

For decades Rabbi Arthur Waskow has spoken with moral clarity and prophetic zeal on behalf of the poor and oppressed.  In the aftermath of the overthrow of Roe v. Wade, Rabbi Waskow applieS his eloquence and leadership to take on self-righteous whited sepulchers who seek to impose their misogynistic right-wing Christian views upon Jews, women and everyone else.

With Rabbi Waskow’s clarion voice for human rights, the legal case to protect abortion rights is elevated to a  whole new level.
We hope to see a groundswell of support from other Jewish organizations, as well as from people of all faiths and creeds who look to Rabbi Waskow and The Shalom Center as a source of inspiration and hope.  We will move forward with renewed vigor in our fight to restore religious freedom, women’s autonomy and the integrity of the family in America by challenging HB 5 in Florida and similar laws throughout the country.
HEART (Help Enforce Abortion Rights Today) stands ready to assist people in every state and of every faith, including atheists and free thinkers to oppose ant-abortion laws and restore the separation of church and state in America. 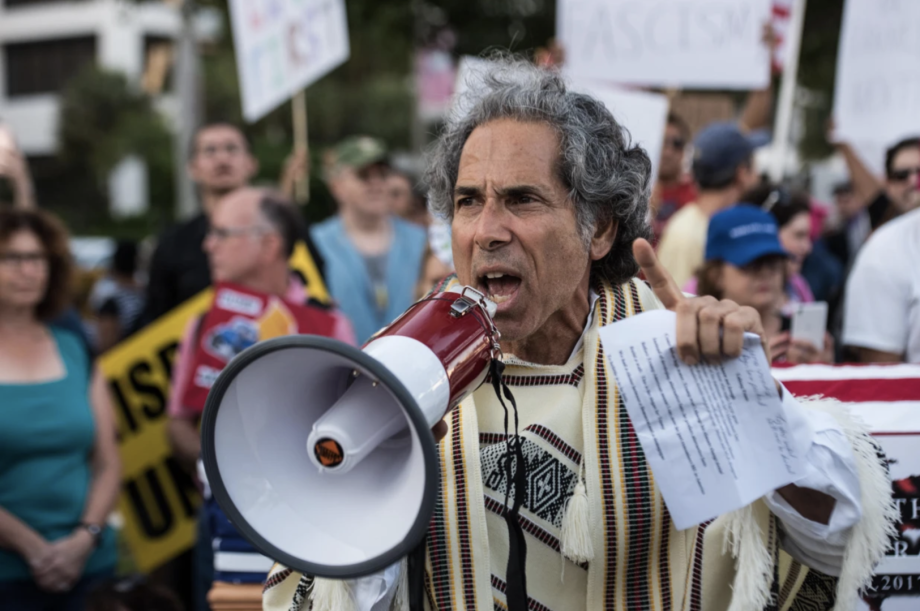 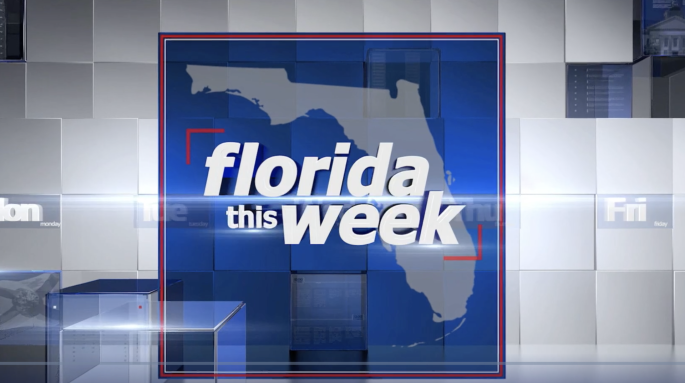 RAbbi Barry in Time Magazine click on picture to read 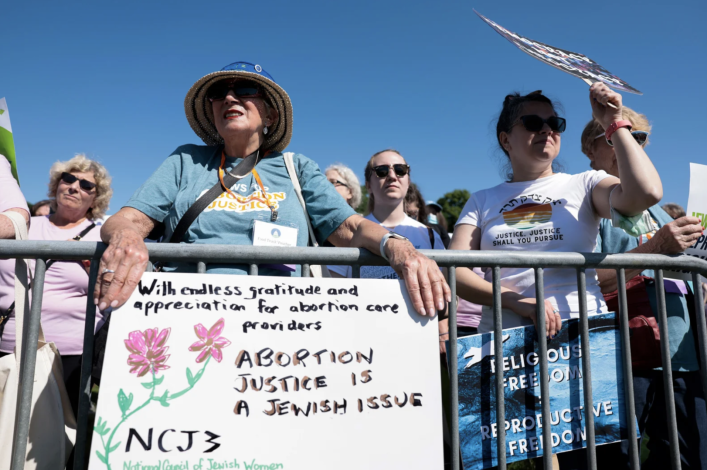 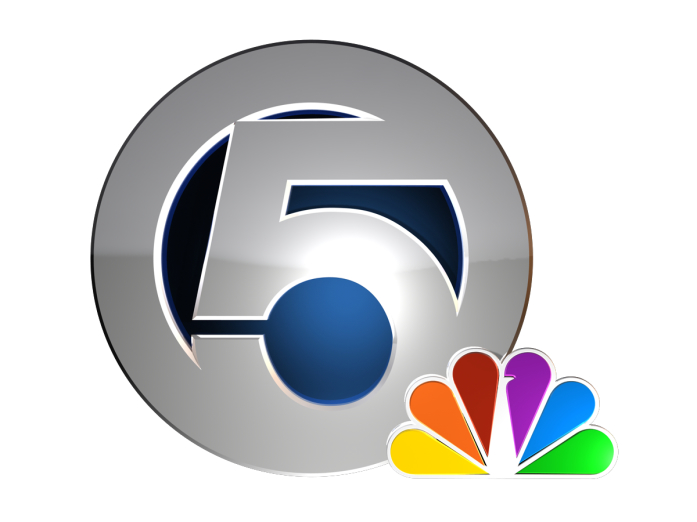 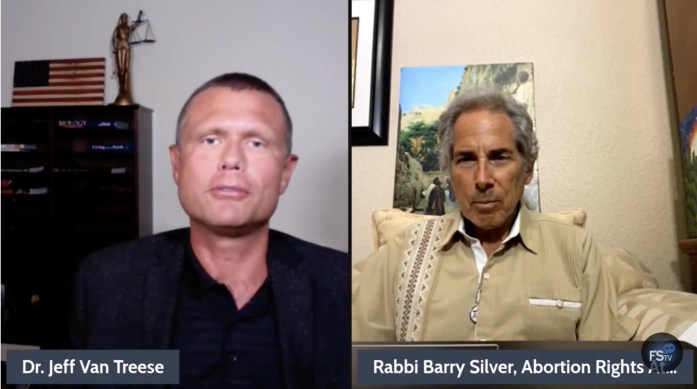 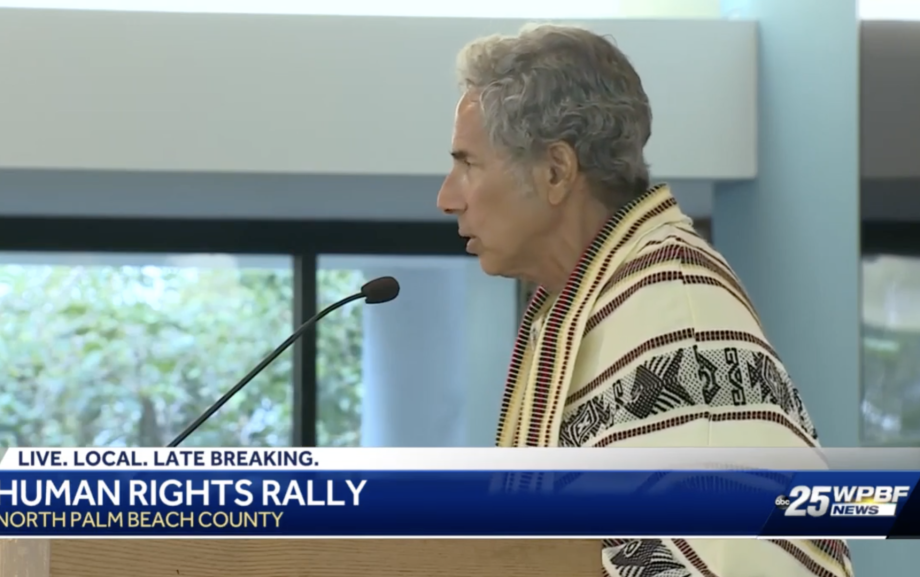 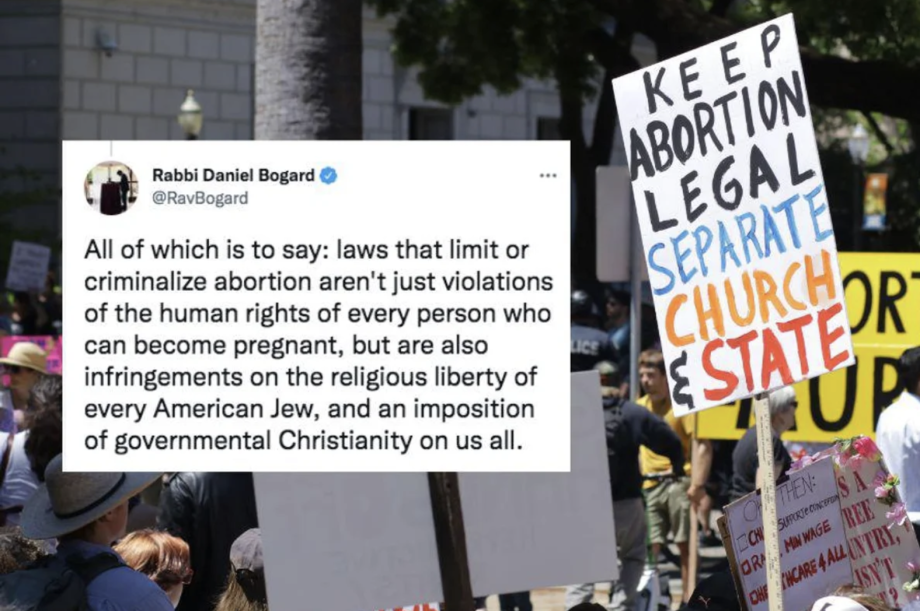 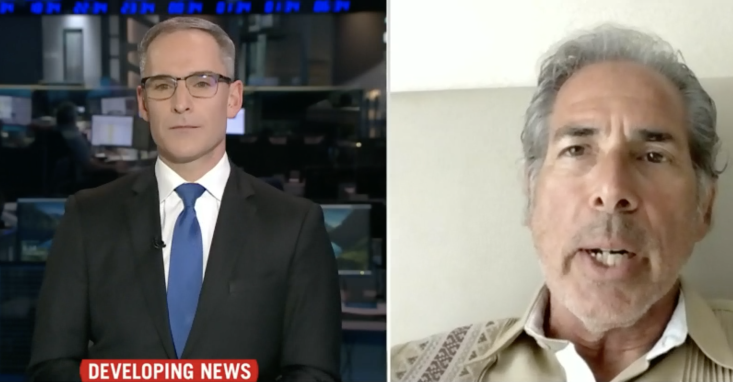 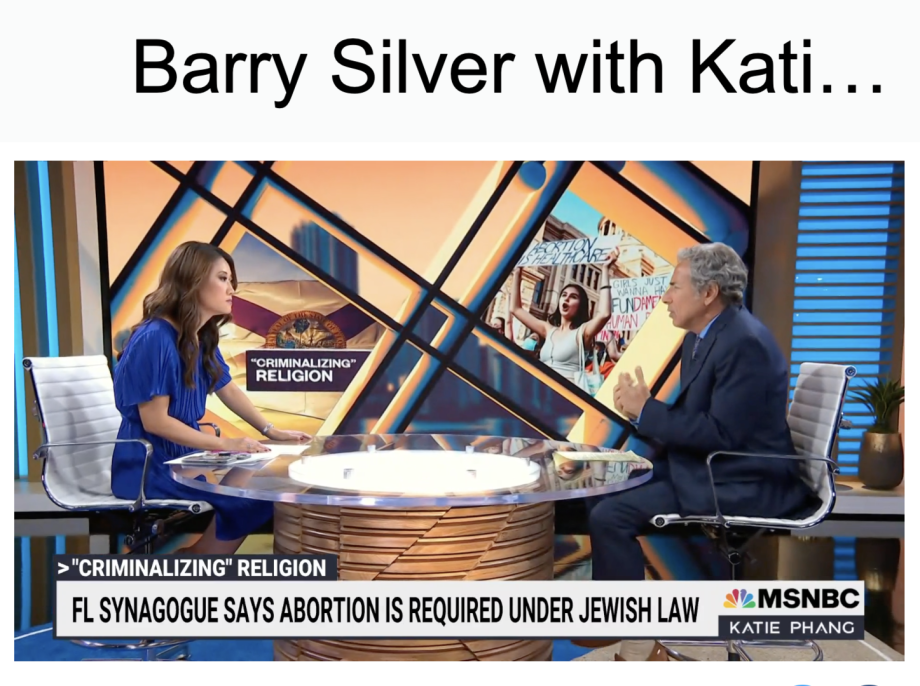 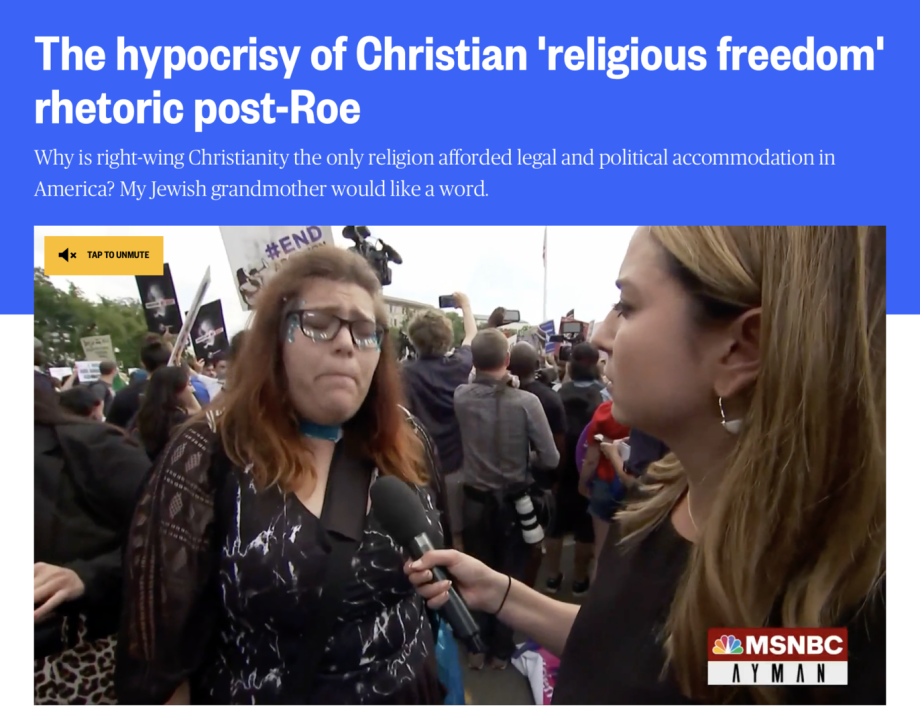 RAbbi Barry is on australian Radio (click picture to hear) 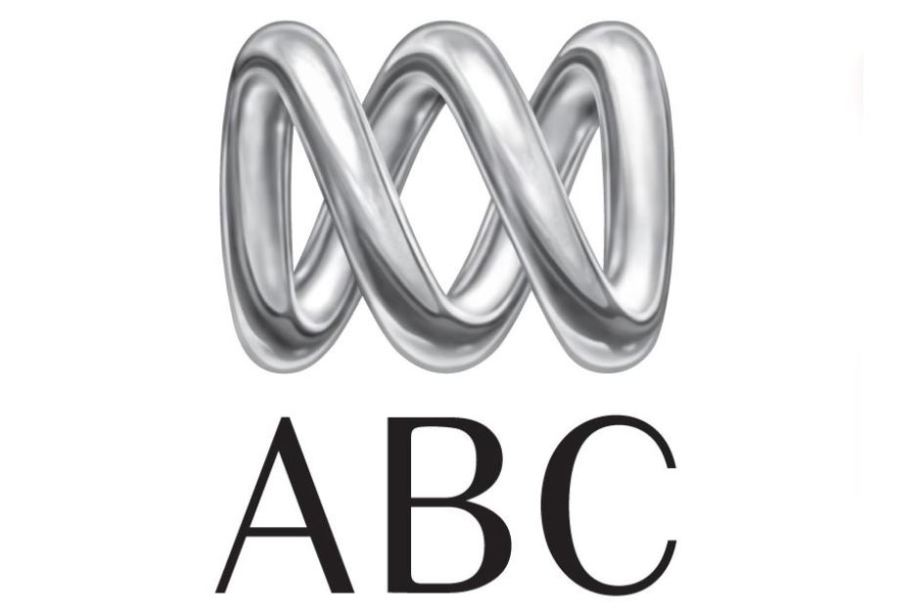 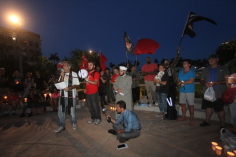 On August 13, 2017, Rabbi Barry Silver represented the Interfaith Justice League at a rally held the day after the violence in Charlottesville to urge all people to challenge hate with love, and to combat hate groups with Interfaith action.   Rabbi Silver was accompanied by his good friend, Imam Zaher Badaraany, who he personally invited in order to ensure that the Muslim community was represented at this gathering to send a message to our President that loves "trumps" hate and that we reject his efforts to marginalize our Muslim brothers and sisters.   Rabbi Silver can be seen in these pictures wearing a T-shirt that says peace in Arabic, Hebrew and English and wearing a ritual prayer shawl with fringes, that he explains signifies that Jews have always been ready to stand at the fringe of any society whose leaders seek to oppress the people and act unjustly.
Rabbi Silver used his legal background as a civil rights attorney, to challenge and successfully overcome the police announced prohibition against any loudspeaker device or megaphone, advising them that any effort to enforce such a ban was unconstititional and would face a legal challenge from Rabbi Silver in court. The police relented and allowed the speakers to be heard by those who gathered in solidarity and peace.
Rabbi Silver acknowledged that President Trump should be given credit for fulfilling just one of his campaign promises, i.e. to unite America, noting that President Trump has united, Muslims, Jews, Christians, atheists and all other religions, latinos, women, transgender and the whole gamut of LGBT individuals, Democrats and thinking Republicans, environmentalists, health care advocates, working people, veterans, civil rights groups, blacks, whites and so many other groups and individuals, in revulsion and in common opposition to Trump's horrible ways, in common disgust by his promotion of hate, misogyny and greed, and in common resolve to oppose this President and to work for the day when our country is free of his malevolent influence.